Could the shocking events of these government-supported financial scams even happen today?

Non-violent, financially motivated crimes committed by a person of high social status. History has witnessed thousands of white-collar crimes where respectable people have abused their position for personal gain. And here at the dawn of the new millennium, the world continues to record even-more sophisticated scams – different in design, but equivalent in their malicious essence.

In this piece, we focus on crime in the banking sector, and have selected three cases of scams that governments knew about, yet acted upon indifferently. Read on to find out why the use of biometric identification is strongly determined by the culture of trust in institutions and governments, based on these three incredible cases in Iraq, Slovakia and Moldova.

Saddam’s son took $1bn from bank on eve of war

Can Iraq’s head of state pull off the biggest banking crime in history?

1. Walk into the bank through the front door.

2. Open the state’s reserves with a key.

On Tuesday 6 May in 2003, the BBC reported that “Saddam Hussein took $1 billion from bank”.

Saddam was the president of Iraq for over 20 years. Apart from nationalising independent banks and leaving the banking system pretty insolvent, he also managed to commit one of the biggest heists in human history. Well, technically, it might not even be a crime: “…since Saddam Hussein was nearly an absolute ruler, the action might not have broken any laws,” the BBC reported. So, how did he pull it off?

It was a seemingly impenetrable building reminiscent of a prison, that could only be entered through the front door. Ironically, that’s exactly how it happened. Saddam Hussein ordered his son to walk into the bank and hand over a note, signed by the president, to the bank’s governor. This happened a day before the US troops’ invasion and so Hussein, whose portrait was, by the way, imprinted on Iraqi bank notes, ordered the relocation of the money as a matter of national security.

No one dared to challenge the head of state, so what else could the governor do? He handed the keys to the thieves, who proceeded to load the money into three lorries waiting in front of the Central Bank of Iraq. They emptied one-quarter of the Central Bank’s foreign currency reserves without threatening or gun-shooting.

Could any technology prevent a president from stealing?

Would identity verification using facial, gait, or voice biometrics be enough to see whether it really was the president’s son and whether the letter was really signed by Saddam?

Today, we do have enough useful technology that would prevent similar attempts. However, in this particular instance, it was the culture of trust and the culture of power relationships that played the role. It is the government and institutions that must strive to be trustworthy first, and technology can help achieve that.

Devín Banka, founded in 1992 in Slovakia, was the only bank far and wide that never became a profitable financial institution. Despite its permanent negative cash flow, it lasted for almost ten years “thanks to” two subsequent governments (ĽS – HZDS, and SDKÚ) protecting its fraudulent activities.

By handing out credit loans too fast to too many, Devín Banka lost its liquidity and got into trouble very quickly. As the bank’s problems worsened, it sought shareholders who would invest their capital and help the bank continue its regular banking activity. The shareholders were finally found in Russia.

With no public competition whatsoever, Devín Banka was given a mandate by the government to unblock the Russian debt. Once this activity stopped being profitable for the shareholders, the bank found another way; it began offering loans to people with a 20% interest rate – an offer many could not resist. Many people deposited their entire life savings under the false impression they would be able to make some extra cash, and whop! – in about just two years, the bank increased the number of people’s deposits by twenty times. The business was done. Shareholders took the money from these ordinary people and divided it among themselves.

It was clear the bank would soon go bankrupt and so the government, who first appeared willing to help protect people’s savings, backed off as well. In 2001, Devín Banka went bankrupt for good and never recovered, leaving just under €31 million of debt behind, and thousands of people short of their life’s investments.

Could biometry stop a bank in financing its own shareholders?

And could any algorithm prevent a bank from luring people with a 20% interest rate? People are warier and financially savvier today and there are independent institutions that oversee such financial processes. But could biometry help?

Accessing people’s private accounts and their savings would not be so easy now as there are services that authenticate and extract data from identity documents, verify identities using facial biometrics, and detect the liveness of an individual. The shareholders of Devín Banka would need to find another way to pay the bills! 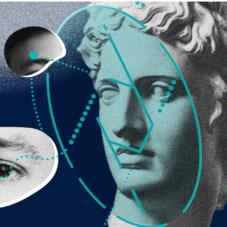 How the accuracy of face-recognition technology has improved over time

How to steal $1 billion in Moldova, and still almost get elected prime minister

15 years after Devín Banka went bankrupt, a $1 billion bank fraud took place in another European country – the Republic of Moldova. The Moldovan bank fraud scandal was basically a complex web of fraudulent transactions that pushed three leading banks to the verge of collapse.

The scam was a coordinated effort involving three banks who worked together to extract as much loan finance as possible. Ilan Shor, a Moldovan businessman and former chairman of the board at one of the involved banks, became the prime coordinator and beneficiary who masterminded the scam. The loans, worth $1 billion, were transferred in two and a half days to a series of UK- and Hong Kong-registered companies – companies whose ultimate owners are unknown.

As a result, the Moldovan state was forced to bail the banks out and the debt was covered from the state’s reserves. It protected depositors, but created a massive hole in the public finances. The fraud cost its taxpayers the equivalent of 12% of the economy, equivalent to an eighth of GDP.

The former prime minister of Moldova, Vlad Fiat – who was also involved in the fraud – was sentenced to nine years in jail on corruption charges. Ilan Shor was placed under house arrest, but this did not prevent him from running for public office. He denied benefitting from the fraud, became a popular city mayor, and in February 2019, was elected member of the parliament.

Could biometry prevent sophisticated fraudulent transactions among companies whose owners are unknown?

Faced with document fraud, bank scams, false transactions, identity theft or cybercrime, the biometric security solutions that could now prevent such immense sums of money being sent to companies whose owners are unknown, do already exist.

The technology is available, but the intention and the ultimate decision to implement the preventive solutions must come out of the government’s interest, as well as the public pressure, to make services digitalised and more transparent. This way, biometry can help with law enforcement and public security in criminal or suspect identification.