The place where world-class AI is made 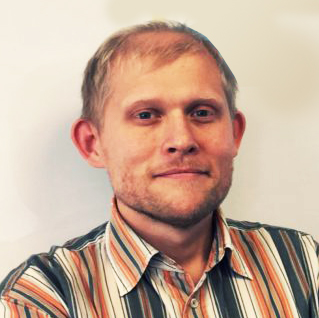 Head of Research and Development at Innovatrics

Visit the Brno located biometrics AI laboratory, where a team of enthusiastic computer scientists design and code the intelligent engine behind the trusted biometrics solutions.

In a special lab in Brno, twelve computer scientists work on some of the finest, fastest and most accurate biometric artificial intelligence in the world. This is the complex machine-learning engine behind facial recognition and other authentication systems employed worldwide in activities like document verification, criminal investigation and border control. Every day, the scientists improve, adjust, test and train the sophisticated code – competing with hundreds of other companies to keep their algorithms at the top of world rankings.

Early in the morning, things look like an ordinary office: screens in sleep-mode stand on white desks, plants sit scattered between keyboards and sketched-on whiteboards hang on the walls. The first daylight comes in from the large windows; you can see the Moravian hills appearing just outside the city. It is the beginning of a new day in the lab.

We are in central Europe, in Brno, Czech Republic. Within these walls – in four office-like rooms hosted in a modern-storey building populated by tech companies – some of the best available biometric algorithms are being skilfully crafted and maintained. It is the Innovatrics AI lab, where a team of young and enthusiastic computer scientists design and code the intelligent engine behind the trusted biometric solutions that Innovatrics offers to governments and enterprises all over the world.

In the main room of the lab, we notice something particular: a large screen is already switched on, and displaying a long series of stats and charts in a loop. As the first researchers enter the lab, some of them throw a curious glance at those numbers. As we will understand shortly, this screen shows whether the work done the previous day was successful, and what their coming day will look like.

The facial recognition algorithm, which constantly ranks as a top performer in NIST evaluation tests, is the engine of the Automated Biometric Identification System (ABIS) by Innovatrics. The golden child of the company, it is a large-scale biometric identity management system supporting fingerprint, iris and facial recognition that is employed by governments and large companies around the world.

“Every day we work on the artificial intelligence, we improve the algorithm and implement something new. Then every night we test it again. On that screen, we see data on things like accuracy, speed and stability compared to the previous day. In the morning, we know if all the integrations we’ve made are working well, and if they’re actually improving the software,” explains Marián Beszédeš, from behind his face mask, as he stands next to the monitor and points to the different statistics. Marián is Head of Research and Development at Innovatrics, a sturdy man around his forties, and the eldest in the lab – which he has been running since its opening, in 2013.

At that time, at the beginning of the 2010s, a revolution had started in the world of facial recognition. Neural networks – powerful sets of algorithms that mimic the architecture of the human brain – were producing the first concrete results in the field, and skepticism was slowly lifting. When the Innovatrics AI lab first opened, only two people worked there; today they are twelve, and they have succeeded in creating a facial recognition algorithm that is ranked among the three best in the world for speed and accuracy – it takes just 13 milliseconds for the AI to find the correct face in a dataset of 12 million records, with only a 0.5% chance of failing.

“It is indeed a tough game: just think that if we stopped working on the algorithm today, in one year no one would be using it anymore – it would be considered an antique.”

“The results are all public. We regularly send the algorithms to the National Institute of Standards and Technology (NIST) in the US, which is the most respected benchmark when it comes to evaluation of facial recognition algorithms.” It is a daily competition involving hundreds of the best IT companies around the world. Like coaches of world-class athletes, biometrics researchers follow their artificial intelligence day after day to improve the near-limit performance. “It is indeed a tough game: just think that if we stopped working on the algorithm today, in one year no one would be using it anymore – it would be considered an antique,” Marian says, smiling.

The perfect idea can pop up at any time

A large, complex and adaptive mechanism, the machine-learning AI performing facial recognition is composed of several sets of features. Each of them can be enhanced, scaled and made more and more effective. For example, all over the world computer scientists are now trying to improve the recognition of people wearing a face mask, and to make the algorithms “fairer” so that they evenly authenticate people of different ethnicities. This demanding software then needs to run smoothly on devices with limited resources, such as mobile phones, while indexing and search speed should be always just a tad faster. Inside the walls of the Innovatrics AI lab, the minds of the scientists are continuously trying to crack all kinds of problems.

“The right idea might pop up at any time: it might come from a scientific paper we are skimming, it can be something we have been trying to solve for weeks, it can hit us in a spontaneous chat with a co-worker while we are sitting in our kitchen,” explains Marian. “That is why – in every possible way – we ease knowledge exchange here.” Now we begin to understand why there are so many whiteboards hanging everywhere, as we see a couple of researchers having an animated discussion over a newly sketched… thing (pardon, but we could not be more precise here).

“There’s a rule that every team member should attend a major international scientific conference at least once a year: it’s the perfect opportunity to connect with the leading researchers around the world.”

We also discover that in the lab (under normal circumstances, outside of pandemic lockdowns) there is something called lunch & learn, which is nice not only because it is free food delivered to the office: the whole team has lunch together while watching something that has caught their attention on the internet – an inspiring talk, a must-watch video from a conference, a new software launch – and then discussing it over a Chinese box or a salmon salad. Besides that, there are also more formal occasions for sharing exciting thoughts: people vote via chat for the best ideas, and every two weeks – on Tuesdays – one is more traditionally presented to the whole team. 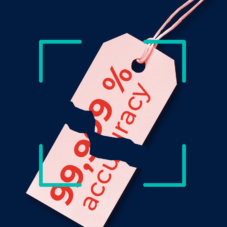 Members of the biometrics laboratory are encouraged to constantly educate themselves. People here are all young; while the average age is 30, some of the youngest promising talents have just graduated. “There’s a rule that every team member should attend a major international scientific conference at least once a year: it’s the perfect opportunity to connect with the leading researchers around the world, discuss with them the latest challenges of the field, and see their work. Each week researchers can take a half-day off for something dedicated to their training, and any course they want to attend – even in their own free time – is paid for by the company,” explains Marián.

Selfies were flying everywhere around the lab

A machine learning algorithm must not only be constantly supplied with new features and made faster. It also has to be taught.

The neural networks – which are the fibre of AI – work just like this: they build their own knowledge from datasets where the right answer is provided in advance. Their intelligence is based on statistical prediction, which means that to train them you need hundreds of thousands of examples. Going back to the lab, we learn that to teach the software to recognise a face, you have to feed it with the enormous dataset of face images and – simply said – point out where the face is, at what distance are the eyes, what is the shape of the face, and so on. After a while, the artificial intelligence will tune itself and predict the next right answer: for example, it will match a face image from within millions of others in a database.

“The internet exists, thankfully, so usually it is not too hard to have at hand these precious collections of human faces. We use it to train and test our algorithms,” the head of research and development explains, “yet, sometimes, peculiar new features have to be implemented and things get knotty…” Last year the team developed an algorithm for liveness detection: the AI needed to be taught to ensure that the person in front of the camera was real and not a spoof – for example, a video or a picture showing someone else’s face. Services like digital onboarding or passwordless authentication have been increasingly demanding this integration to prevent scams and offer more secure services.

“We needed spoofs, and a lot of them. Or rather: we needed tangible videos and pictures of faces to simulate someone trying to trick a mobile app by showing a photo of a person to illicitly get into their account. Suddenly, selfies were flying everywhere around the lab,” Marián explains.

In those days, the lab was in a turmoil. “Every nook and cranny, every single empty surface had been cluttered with all sorts of devices, we printed piles of pictures and brought some of our dear old photos on paper from home.” After a few days, the team had collected the right amount of examples to train the new algorithm. The feature was integrated in the artificial intelligence, and it does not require any user interaction which is a major asset. “It helped in keeping our face recognition software among the top performers in the world,” Marián concludes. 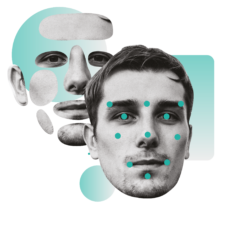 Today, it is hard to imagine those chaotic days. Rules implemented to contain the Covid-19 outbreak in Europe encourage people to work from home as much as possible. No doubt the team can be just as efficient as before, since Marián is showing us some digital tools that have replaced things in the office, such as a virtual whiteboard. Then he sighs. “It may seem unusual for an IT guy like me, but, damn, I miss drawing my guess with actual markers and a co-worker at my side.”