Building trust:
the story of Wise 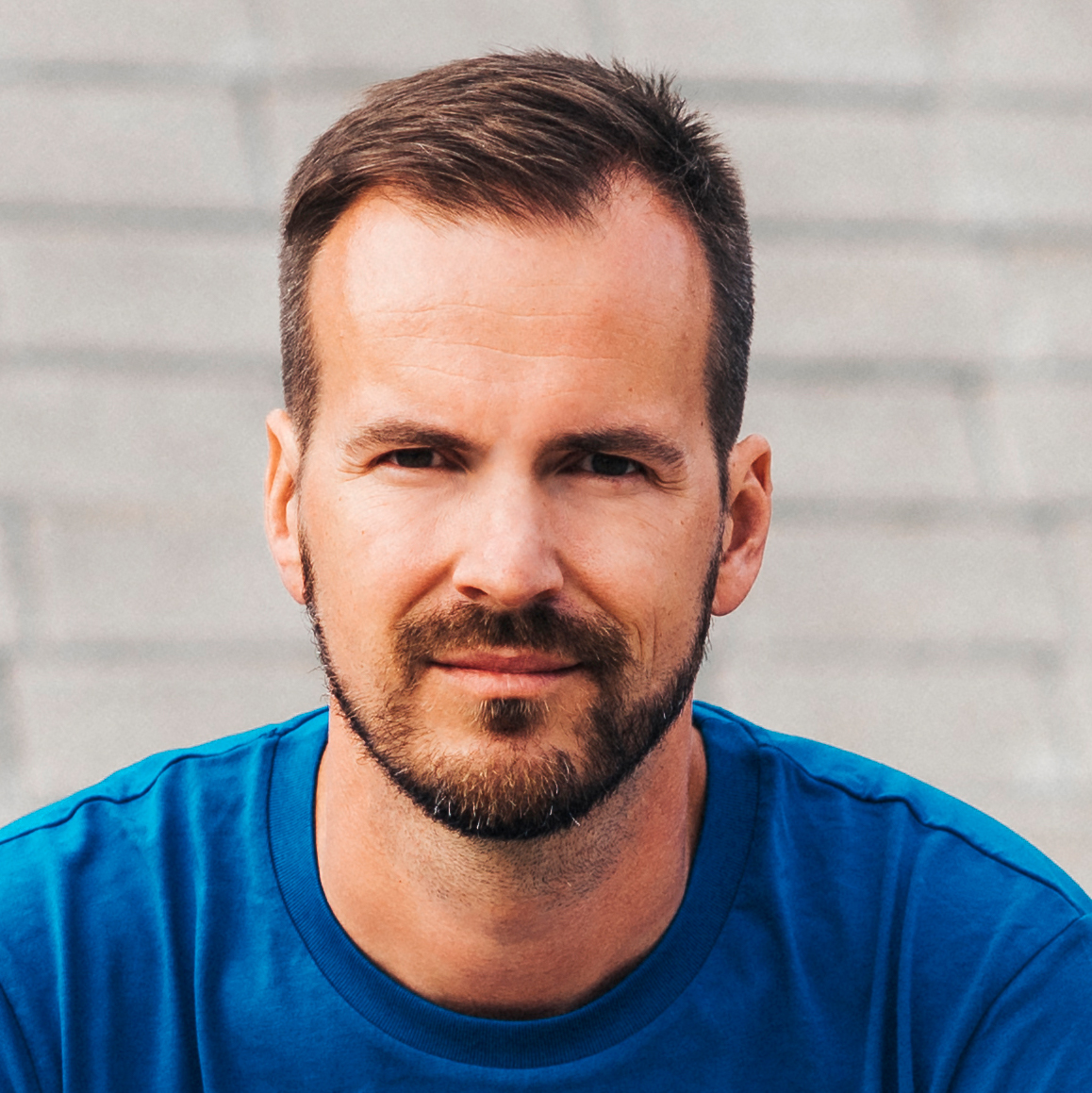 Co-founder and chairman of Wise

In just ten years, Wise – the online platform for international money exchange – has grown from zero to 10 million customers, becoming one of the fastest-growing tech companies in the world. How did this newly-born digital service dealing with money win people’s confidence? CEO and co-founder Taavet Hinrikus shared the four core steps behind their success at the Trust Report Live conference in March.

As many of you likely already know, TransferWise – recently rebranded as Wise – is a peer-to-peer currency exchange platform. It allows people to transfer money between different countries and currencies with greater convenience and for a smaller fee than with traditional bank transfers.

The idea behind it was simple yet powerful, and came from two Estonian guys back in 2011. At the time, Taavet Hinrikus, who was Skype’s first ever employee, was living in London working for the Estonian video and voice calls company. He was paid in euros. Kristo Käärmann was working for Deloitte, he was also living in London and being paid in pounds. He was, however, paying a mortgage in euros in Estonia. They both used to transfer their money through banks, which had expensive fees. They knew there had to be a better way to do this, and then came the idea: every month, Hinrikus put euros into Käärmann’s Estonian account and Käärmann put pounds into Hinrikus’ English account. Both got the currency they needed almost instantly, and neither paid a penny more for exchange rates or other fees. Clever, right?

This is basically how Wise works today: it avoids international bank transfer fees by keeping money in domestic accounts within every country it operates, thus minimising or eliminating any distance that money has to travel in order to transfer it. The difference from 2011 is that Wise is now a so-called Fintech unicorn, recently valued at $5 billion and claiming to move over $6 billion every month. It was renamed from TransferWise to Wise to reflect the growth and changes within the business: now also offering multi-currency accounts for consumers and businesses rather than only money transfers.

Undoubtedly, trust has been a huge part of their success.

At the end of the day, we are talking about people’s money and what, essentially, is a page on the Internet. So how did this digital platform build trust so successfully? With the help of Taavet Hinrikus, CEO and co-founder of Wise, we traced back to the steps that led the company to win people’s confidence. The story offers useful insights for companies and countries implementing digital solutions.

Step one: a digital experience that is truly better than traditional alternatives

Using a digital service like Wise, people can move their money using only their smartphone: they don’t need to make an appointment with their bank branch and find the time to go there in person. And while traditional international bank transfers can take days, the digital option works instantaneously. Then, in comparison to other digital and real-world services, the platform offers its service at a lower cost, thanks to its structure and peer-to-peer technology. The success of Wise really goes back to the basics of being able to offer a cheaper, faster, and better service.

“If we had been offering a service which is 5% cheaper than the banks, people could say: who cares? But if we say: we are ten times cheaper than a bank, well, this is a real incentive to try it.”

“It’s a question of designing experiences which are digital by nature and ten times better than the old-world equivalent,” explains Taavet Hinrikus. “The experience we designed at TransferWise was seamless end-to-end. The ease of use has to be part of the design of your product from the start. This is what people care about. Otherwise, you’re going to get nowhere.”

Before demanding people’s trust, TransferWise made sure they were truly providing a better digital experience – easier to use than the traditional service, faster, and cheaper. The vision is clear: once you get people over the barrier of trying the service for the first time, they will not go back – because it is simply much better than older solutions.

“And you should give people something that is worth trying. If we had been offering a service which is 5% cheaper than the banks, people could have said: who cares? But if we say: we are ten times cheaper than a bank, well, this is a real incentive to try it.”

“When we launched TransferWise in 2011, we just suddenly appeared on the Internet: it could have been a webpage built by a man and a dog. Nobody had any idea of what we were doing,” recalls Taavet.

TransferWise was, and still is, an online business that deals with people’s money, so the founders immediately acknowledged that trust was a central issue for their company. “How will you trust us? Why would people ever trust this new website with their money, and even more so, with thousands of euros at a time? We asked ourselves such questions. We understood trust as being a very important part of our existence.”

The pandemic forced a change that for a long time has been in the making: we are starting to live in a digital-first world. In this world, trust takes on a new dimension. Companies and countries should acknowledge it when they are putting novel digital products into the world.

“When we launched TransferWise in 2011, we just suddenly appeared on the Internet: it could have been a webpage built by a man and a dog. Nobody had any idea of what we were doing.”

The founders of Wise tackled the trust issue with an interesting solution: once you have a good service, you can borrow trust from someone else. Which is how they got started – by talking to the media, which persuaded people to try out the platform, and then gradually led to them getting important user reviews.

Rachel Botsman: “The issue of trust does not lie in the technology”

Step three: talk to the media

Borrow trust from the media: be transparent about security and your use of data, and do not talk about technology – talk about your service and the benefits for the user. This seems to have been the PR mantra in the first days at TransferWise.

“If I go around saying, ‘People, please trust my product…’ Well – it doesn’t work. But if we get the BBC writing about our service, then we can borrow quite a bit of trust from that media.”

Taavet and Kristo spent a lot of time talking to the media when they started TransferWise. They focused on distinct topics: the problem that their platform was solving and the need for their service to exist. Plus, they were transparent about privacy and security. “You should be very clear about how you use data. You have to give people trust that your product is built with security and privacy in mind. Share that you have a reputable team working behind it, get people who know what they are doing. But do not focus on the technology behind it all – people don’t care about that, people care about what the benefits are to them.”

“If we get the BBC writing about our service, then we can borrow quite a bit of trust from that media.”

Interestingly, Taavet and Kristo also borrowed trust from their country: Estonia. In the 2010s the reputation of Estonia as an extremely digitalised country was already well established; the country’s digitalisation program was bringing 99% of governmental services online, and successful tech companies like Skype were born there. “The fact that TransferWise was from Estonia, I think, has helped in some ways. We kind of built on that too,” Taavet tells us, smiling.

The founders understood very quickly that they could also borrow trust from their customers. They got customers to talk about TransferWise, leave positive reviews, and act on social media. That served as a huge boost of trust for the company.

“If you have your friends telling you: ‘I used TransferWise and I got my money in 10 seconds…’ Well, that’s a very powerful endorsement. It is probably the best thing you can imagine in order to gain trust.”

At the beginning of their story, TransferWise had no reputation. Yet the founders had a conviction in their beliefs: that enough people would be willing to try out a new digital service, and this number would increase every day. “99% of people might never be open to trying TransferWise on day one, nonetheless there is a 1% that will try it. And that is going to be 2% next year and then 3%, and so on.”

“If you have your friends telling you: ‘I used TransferWise and I got my money in 10 seconds…’ Well, that’s a very powerful endorsement. It is probably the best thing you can imagine in order to gain trust.”

And as it turns out, having faith in the hunger of people for new, better services has paid off.

What governments and companies can learn

Governments and businesses willing to develop or adopt new digital solutions frequently encounter complicated and harsh technological challenges. But they should not forget that trust affects a good part of their road to success.

While having a better solution and a seamless digital experience might seem to be the most important parts of a process, trust issues should always be acknowledged, and then tackled, as a priority. And it should be remembered that trust is also something that you can borrow – from the media and from user reviews. Or, as Taavet simply puts it: “The basic principle is having a product that is ten times better than other alternatives, and having customers that are so happy they are willing to tell their friends about it.”